On 13th December 2010, Lineas France, back then named OSR France, drove its first train from Aulnoye-Aymeries to Calais. Over the past 10 years, the French subsidiary of Lineas Group grew to more than 200 employees, 32 locomotives, offering rail freight services all over the territory. Olivier Deprez was the first employee and until October this year, Lineas’ country manager France. “It was tough, but month after month, year after year, we managed to build up a real rail freight operator and grow steadily.”

Today, Lineas France transports 4.6 million tons over 2,500,000 train kilometres per year. The connections with the Green Xpress Network in Lyon, Le Havre and Hendaye for example, offer customers in France the opportunity to transport their goods to the rest of Europe; from Spain to Sweden, and from the Western Ports to the Germany and Eastern Europe.

Let’s wind back the clock to 12 years ago, to Lineas’ first employee in France. 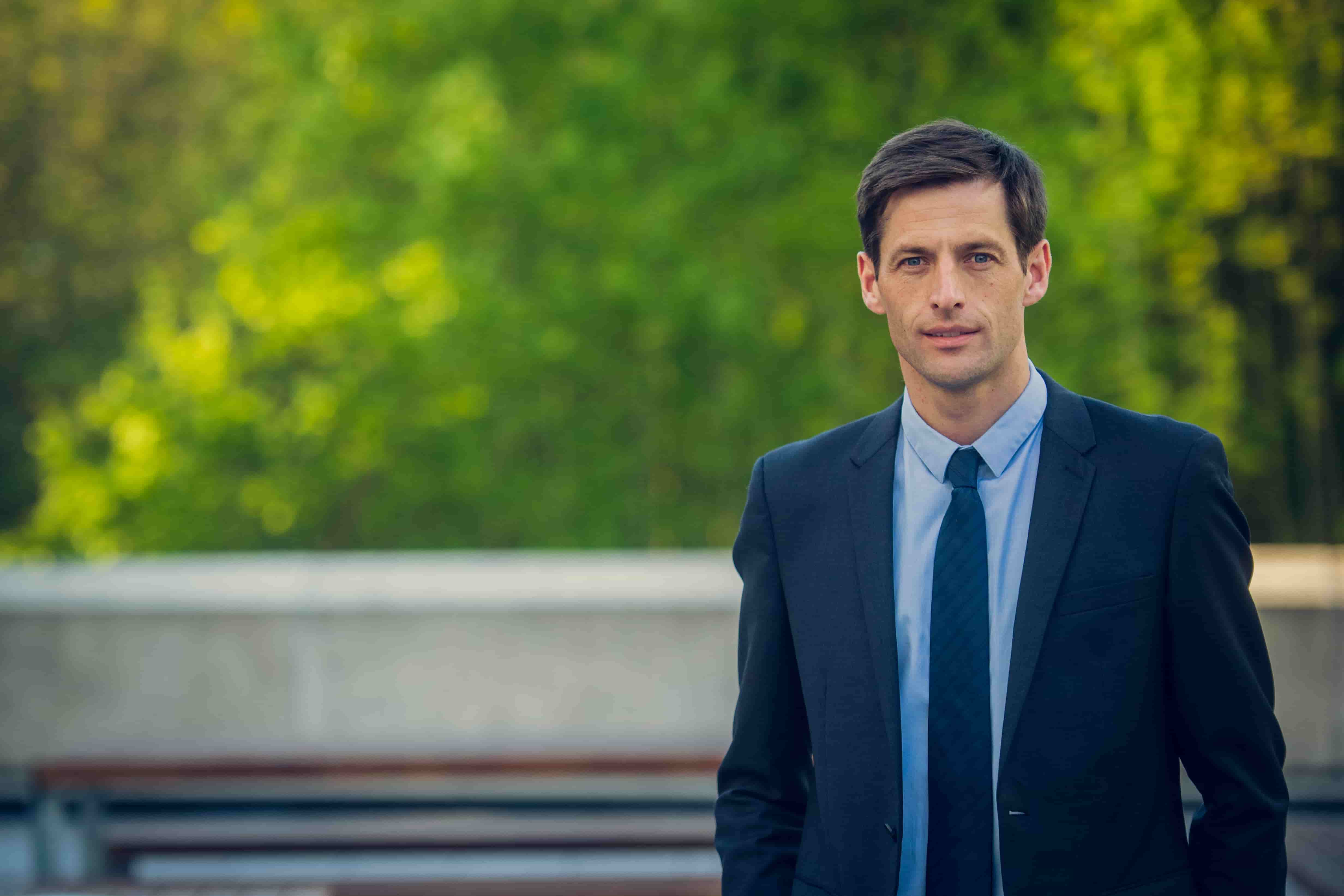 Olivier, in July 2008, Lineas, then still B-Cargo, decided to run an open access train between La Louvière in Belgium and Beautor in France. How were those first days with OSR France?
“Open access trains had only been possible since 2006, when the European Commission liberalised freight transport. Before then, at a border, a train would switch driver, locomotive and certificate. So when B-Cargo decided to run its train on its own into France, we were responsible for the ground operations in France.
I started from scratch, alone in France. On my first day, I had to rent an office and a car, get a mobile phone number, and open a bank account. From that point, we built up month after month. Those first two years, we were mostly a subcontractor for our Belgian parent company in the North of France.”

So what led to OSR France to actually running its first train?
“Many small industries in the North of France shipped freight mainly to Antwerp, Genk and the rest of Belgium. Then one day, the incumbent announced it was giving up on part of its activities in the North of France. That meant that those customers were left without a rail solution. We then decided to transform OSR France into a real railway undertaking, so we could offer a valid alternative.”

And that’s where the plans for the first train on 13th December 2010 came up?
“In the two years before, we had grown to 30 employees. But in 2010, we were working towards our own licence, our own drivers, our own locomotives. We started training eleven drivers and rented three small G1206 locomotives. They were small and agile, perfect for short distances.” 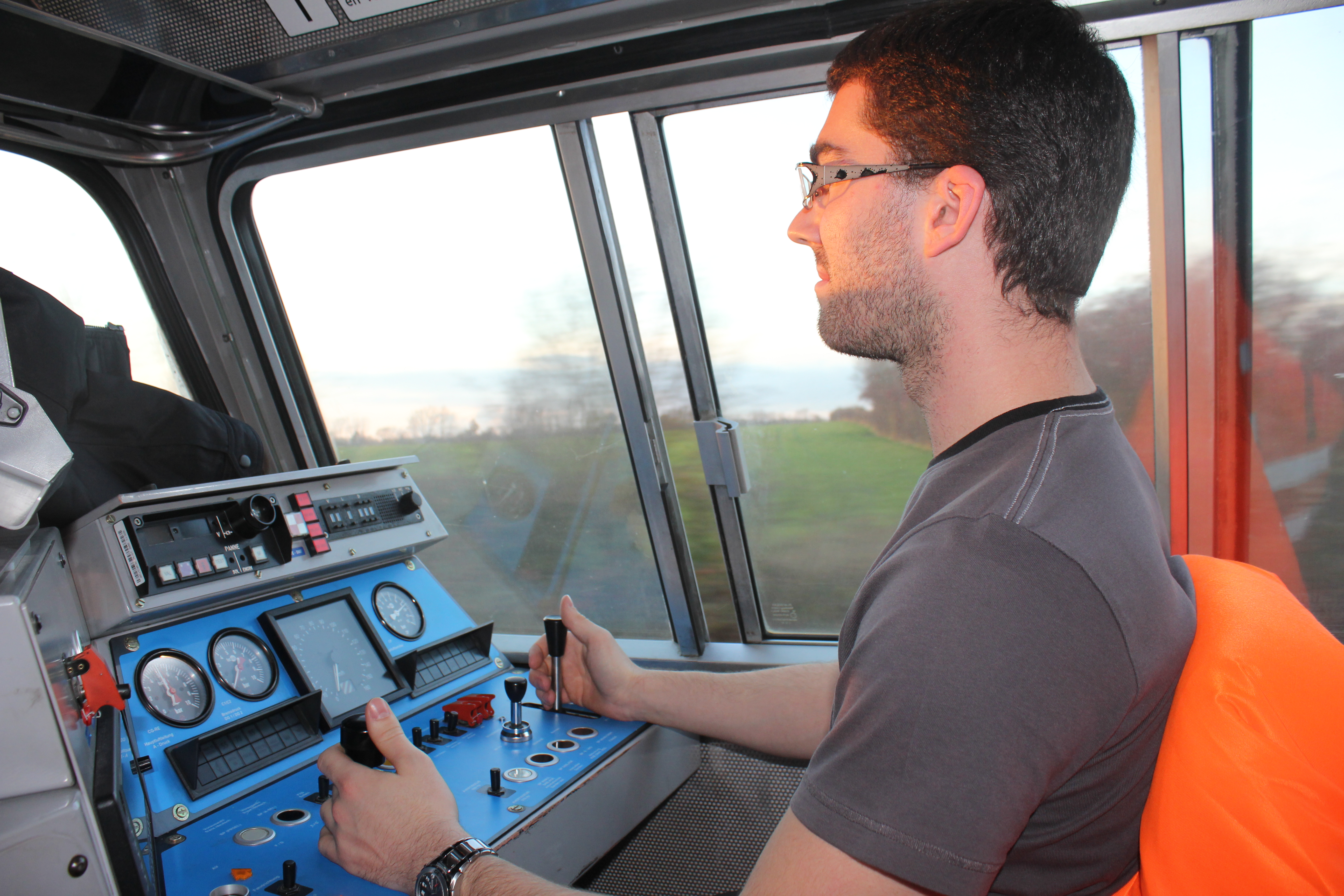 You took a big risk.
“Yes, there were a lot of costs and uncertainty involved. Nevertheless, as of that first train, we managed to build up month after month. We opened our first hub in Tergnier, which is still our biggest, and another in Aulnoye-Aymeries close to the Belgian border.
Thanks to our agility, we won more and more customers. We quickly drove trains all over Nord Pas-de-Calais and Picardie, to Valenciennes, to Amiens… Our trains were mainly oriented to carrying single wagonloads at the beginning.

From there, Lineas France grew steadily every year. What were some of the key moments?
“In 2012, we started to run company trains, and as our network expanded, we reached Le Havre and Dunkerque. Every year we grew to another area, station or market. In 2015, we won a very big client, good for about 1 million tons of cement and bulk. That year, we also recruited 25 people, rented seven extra locomotives, and opened our hub in Châlons-en-Champagnes.”

How did the market respond to that?
“We were one of the smallest companies in France that managed to sway a really big customer into working with us. We were in the big league so to say. This step was very important for our visibility in the market.”

But when you are still such a small player, how do you work towards a contract like that?
“Customers tended to be quite sceptical at first. We had no market value and no benchmarks. On top of that, we were discussing with logistics people who had been working with the incumbent for the past 50 years. After a long time of discussing and ensuring that we could do the job, they agreed on letting us do some test trains. When they saw we delivered, we could then move on to discussing more frequent traffics and bigger volumes.”

Curious about all of our growth in France? Check out the animation! Interview continues under the video.

Most recently, Lineas opened up its Green Xpress Network to Lyon, both for conventional and intermodal goods. That seems like the most recent leap for Lineas in France?
“In terms of geography, that train certainly was our biggest step that year. We established the third hub in Langres and reached Lyon, not just for the Green Xpress Network, but also for a local FMCG customer. With the new hub also came traffics to Mulhouse in the east of the country and, in collaboration with a partner, we reached Marseille. After this South-East expansion, we cover almost all of France.”

How important is France for Lineas as a whole?
“In a way, we were the proof of concept that a small, private company can grow successfully in other countries. Today, Lineas’ strategy is to grow in a scalable way all over Europe. In recent years, that happened in the Netherlands and Germany, making Lineas the largest private rail freight operator in Europe. We’ve proven that a private company is capable of sustainable growth.”

What’s your most memorable moment of the past decade?
"In April 2017, we rebranded the whole group to Lineas, and all the existing entities like IFB, Xpedys and of course OSR France changed their name and visual identity.
I thought that in France, we might lose part of our identity, which we had taken years to build. But the opposite happened! As Lineas France, part of the Lineas Group, we have gained a real DNA that sets us apart: one of Modal Shift and European growth.

What are you most proud of?
I’m very proud that we managed to create so many jobs and a strong team of rail freight enthusiasts. We have offered many professional opportunities to our colleagues, who thrive in their work today!

Tristan Ziegler, Country Manager France and South region, sat down with 4 colleagues that have been with us since the very beginning. They discussed the past 10 years, growing from 30 to over 200 people and becoming one of the biggest players in the country.

The Volvo Cars supply chain, from factory to user, covers sea, rail and sometimes road. A new train terminal in the port of Ghent - a collaboration between Volvo Cars, Lineas and DFDS Seaways – forms its central hub.

Welcome to our Live Blog of the launch of our newest train in the Green Xpress Network! On 15th and 16th December, we will follow the first trip of the Xpress from Antwerp to Recklinghausen, Langweid-Foret and Wolfurt.